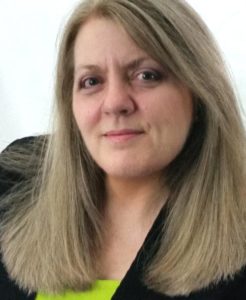 Scholar and writer telling stories. I write the stories I want to read.

Lori Taylor’s doctoral work resulted in “Telling Stories about Mormons and Indians,” an exploration of histories, lies, and fantasies told by Mormons and American Indians about one another. These facts and opinions make possible some surprising stories. In the spirit of writing the story she wants to read, though, Lori has waded into making up the facts and telling new stories.

Writing to tell stories about my curiosity.

Most of my adult life I’ve chased ideas down to the dirtiest details only to emerge blinking in the light thinking, “Wow. That was real—surreal.” Then, it has been my job to make sense of the details in order to tell others something valuable. The research, the writing, the getting lost in the flow—I love it all.

One of my advisors of oh-so-long-ago, Pete Mondale (of The Mondales), said to me, “You do research like a plow.” (Though, honestly, he was probably saying “plough.”) I said, “That doesn’t sound too bad.” Because, hey, I gather it all up. That’s good, right? He had such a stern face with those Mondale eyes. He blinked. “It wasn’t meant as a compliment.” I laughed then, and I still laugh now. I don’t think I could avoid being a plow or a plough even if I wanted to, and I don’t. I like being a plough. It’s low-yield, but I get to know all the things.

That’s my modest goal: know all the things.

I love helping my friends and colleagues improve the content on their websites. My wells of enthusiasm are only so deep for writing about products, though, even when I care about the people selling and the people buying. I’m taking a deep breath and leaving this phase behind. Really, how many articles can I write on cloth diapers, or selling California wine in China, or cloth diapers, or making celebrations sparkle with Christmas lights, or cloth diapers? I actually know the answer to that question, because I’ve hit my limit.

Like any bratty kid, I test boundaries. I still do. I test 20-30 years younger than my own 20-something children on mental age tests, so I’m going to go ahead and say that I’m still a bit of a bratty kid. So, testing boundaries.

Being a smart ass, I wanted to see what I could get away with in my doctoral program. I was writing a dissertation about a story a few people were telling about Iroquois giving stories to Joseph Smith to create the Book of Mormon. I had been thinking about boundaries of what can be considered history. I even wrote one of my exam questions on this. They loved Maus, so maybe I could get them to go further for me. “Tell me about your dissertation,” asked Larry Chisolm, an advisor and a great guy for supporting students’ explorations of porous boundaries. “I’m thinking of a pop-up book. So, Joseph Smith has his face in a hat, staring at a seer stone, and up behind him, POP, come a couple of Seneca guys.” He loved it. Project approved. If he hadn’t gone and died too young on us, I might have been able to get that plan past the rest of the committee. That pop-up idea never left me. My scholarship needs to be accompanied by handmade manifestations of those ideas. Sometimes I need to use the visual and material to express the meaning I make.

Making it all up.

Telling a compelling story from a pattern of historical facts is a challenge, a challenge too many historians fail to meet. When teaching university, I nudged and pushed my students to improve their writing if they truly wanted to reach an audience, which, frankly, a lot of academics can’t really wrap their minds around. It occurred to me that historians could learn a lot from fiction writers about how to tell stories. That prepared the ground for my bigger realization: I have no institutional base. I don’t have to impress anyone or stick to the facts. I can write WHAT I want HOW I want.

Some of the stories I want to tell as a historian can’t quite be told, because there are no facts to support them. My friend, Tom Vennum, ran into this problem when he was writing a history of lacrosse, so half of his tight, scholarly history is fiction. I watched Tom do that. I can do that, too. So, I’m wading in to making up the facts and telling the stories I want to read. I’m new to this phase.

Serial careerist. I don’t always stop long. I have been coding for myself for 20 years. Now, I’m pushing that harder, because I have a goal in mind. I know the datasets I want to work with, and Python, R, and other data tools will help me.

A friend of mine studied with Edward Tufte at Yale. He infected me with his Tufte fanboy stories and encouraged me to read The Visual Display of Quantitative Information, which I did⁠—along with several other of Tufte’s books. In writing history I tell small stories based on patterns of facts that I gather from low-yield research. Telling a data story visually promises more direct communication of even bigger ideas based on even more information⁠—more, and more clear. Next stop on the career train.

His longtime friend and former student Lori Taylor wrote in an email a day after his death, “John Mohawk talked about himself as a person who bridged worlds. ‘We need people who can bridge those worlds,’ he told me, ‘and translate each to the other.’ This is precisely what drew me to study with him. I heard a tape of a lecture he gave—passed hand-to-hand with whispers that this is the real thing. Who was this guy who could explain the flow of world history, mediate violent battles, and still talk to his neighbors on the reservation about corn, beans, squash, and diabetes? I spent the next 15 years finding out at close range. At his 60th birthday party we were talking about what it was like to look back. I mentioned that I had seen his name that day in an encyclopedia article as an ideologue of the American Indian Movement. He talked about changes he had seen in radicalism.

‘What,’ I asked him, ‘is an aspiring radical to do today?’

‘Change their stories,’ he told me.”